Grooves on Golf Clubs and What They Do For Your Game

If you’re anything like me, you’ve often sat in amazement while watching professional golfers like Phil Mickelson approach the green. They can land the ball straight on the green and have it either stop dead, or roll back, leaving them with a perfect uphill putt. In golf jargon, this roll back is called “check”. Many players mistakenly attribute the ball “checking-up” to the grooves on the club face. They think that the grooves must grab the ball at impact and cause it to spin. What they don’t realize is that a club face with no grooves would actually produce more spin in perfect conditions! Let me explain…

The intuition is correct that the more “grab” on the ball at the point of impact, the more it will spin. Many people don't know that a club face with no grooves would actually put more spin on the ball. The smooth face would have more surface area to come in contact with the ball. More surface area means more friction and therefore more ball spin. From a perfectly clean lie with no obstructions between the ball and the club face, a grooveless club will always out spin a club with grooves. But when you're shooting from the rough, grooves make a massive difference.

When a player strikes a ball from the rough, there is lots of debris between their club and the ball: soil, sand, grass, and water are the main culprits. Grooves prove their usefulness in these shots; they move away any obstruction from the point of impact. A good analogy for this is a car tire. 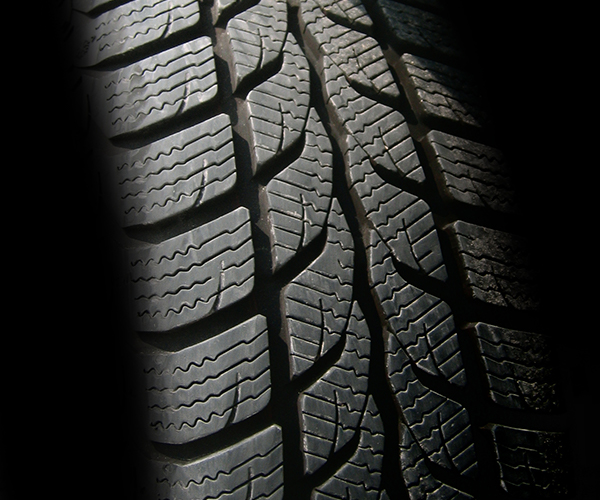 Slick rubber car tires have no problem gripping the road in dry conditions. In fact, they will grip better than treaded tires due to the bigger area of contact. Once the road becomes wet, bare tires or "slicks" as they're known, completely lose their benefit. These tires will hydroplane and slide out because the water under the tire has no place to escape to. The thin layer of water under the tire almost completely removes the friction that was keeping it gripped to the road. Treaded tires however allow water and other debris to escape the contact area, making the tire very grippy in wet conditions. Now, back to golf clubs…

Golf club grooves have the exact same function as the treads on a tire. They allow water and debris to move away from the ball’s point of contact to provide cleaner contact with better control. Striking a ball from the rough can be unpredictable when there is a lot of debris between your club and the ball. Grooves help tremendously to make these shots more predictable. 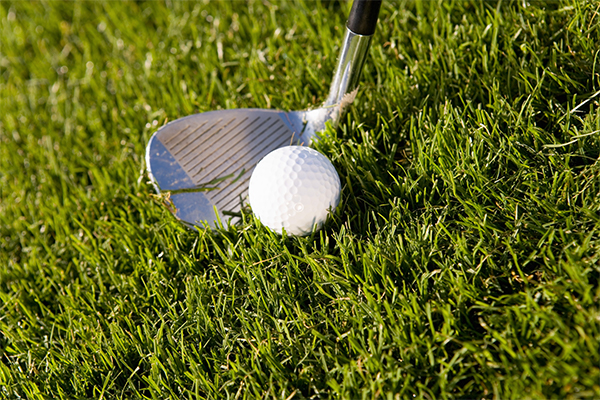 In 2010, the PGA made some pretty big announcements regarding golf club grooves. They had found through several studies, that professional players had been downplaying the significance of drive-accuracy because of their confidence in approaching the green from the rough. The reason for this confidence? Golf experts have attributed it to, you guessed it, grooves.

The latest in club technology shows us that greater groove depth, and greater sharpness of groove edges help tremendously when hitting shots from the rough. The deeper, sharper grooves are called "U" grooves. "V" grooves are the opposite. They are much shallower and have rounder edges. The "U" groove can move much more debris away from the contact zone. The introduction of the "U" groove made shots from the rough very predictable. Essentially, these shots were no different from fairway shots thanks to "U" grooves, or at least that’s what the PGA claimed. 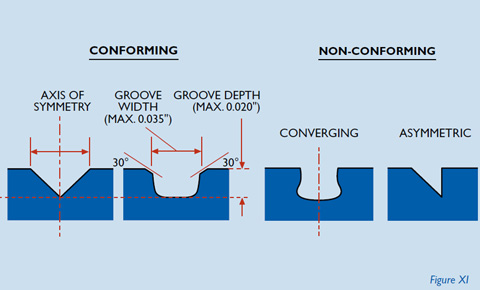 In turn, because the rough shots were so “easy”, the PGA took action. They implemented regulations restricting the dimensions of grooves that were legal to use in competition play. Many “U” grooves became illegal due to their dimensions, and manufacturers had to comply with the new regulations. There are several stages to this new rule, and the PGA will be assessing the efficacy of it as more and more rounds are played. For detailed information about the groove rules, check out the R&A Page all about just that.

In my opinion, I think I could use as much help as I can get when shooting from the rough… These approach shots become very difficult in thick-cut bluegrass. Even with deep “U” grooves, these shots are still tough. I guess we will just have to wait and see how this groove revolution plays out.

Your email address will not be published.

Planning Your Round During COVID-19